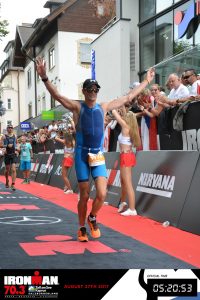 After crossing the finish line, I was quite exhausted. Couldn’t even drink the offered beer (!) but after a little while I managed to drink some water and wait for my friend to finish a few minutes after me.

After taking a good shower in the hotel, a little bit of rest on bed, and picking up my bike and other stuff in the transition zone, I was hungry enough for a large pizza and some drinks. The next day I said goodbye to my friend (who was still having holidays with his family) and drove back to Innsbruck.

In the next month, I did a few rides and a single run and then it was time for my next working project. During this 4 weeks project I was mostly staying onshore at night, so I could go for a couple of runs every week. In the following months, I didn’t train that much. Did I want to continue training, compete in more Ironman triathlons or forget about it all and just go for an occasional run/ride or swim once in a while? No, I wanted to continue, I needed to continue because actually it felt good! I felt energized, challenged and happy! Like I’ve said before, I’ve been sporting all my life and it just feels so good 🙂 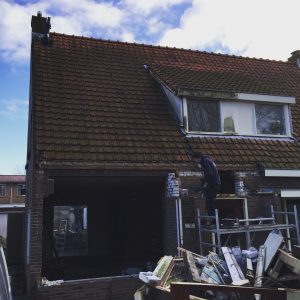 After living in Austria for a couple of years (working as a ski instructor in winter and working offshore in my normal profession the rest of the year) I decided to go back to my home country, The Netherlands. I bought a very old house (built in 1934) in my home town that needed a desperate renovation and spend a lot of time doing the most of the reno work. First a lot of demolition (with help of my family) and then the built-up phase. Since the house was in such a bad and unliveable state when I bought it, I moved back to my parents house until my whole renovation work would be completed.

The day before Christmas I finally moved back into my own house. The house wasn’t completely ready yet, but was good enough to live in! A few days later, end of December, I had to go working offshore again and besides of the long hours working (at least 12 hrs a day), I managed to find some time to relax and do some indoor bike rides and occasionally a run when we were in port. Back home, I continued my trainings for cycling, running and swimming. After some discussions with my company with regards to getting periods off from work, the goals for 2018 were set! 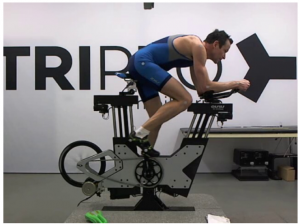 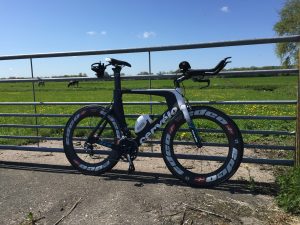 The trainings in the next couple of months were a little bit inconsistent due to my offshore work, but I managed to train quite a bit next to my offshore job or house renovation back home…

Since I had set my goals for 2018 to finishing two Ironman 70.3 races, I thought it was justified to buy a real triathlon bike! I had a bike fit at a triathlon specialised shop, TriPro in Hilversum, The Netherlands, and decided to buy the Cervelo P3 with Edco aerodynamic carbon fibre wheels. 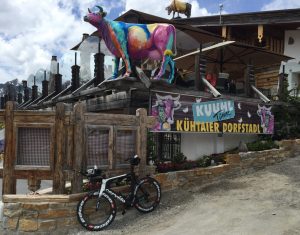 Right after buying my new bike, my time-off from work started and from 1 May 2018 I had less than 1.5 months before the IM 70.3 race in Rapperswil-Jona! That meant in a relatively short period I had to train really a lot and trying to get into the best shape possible.

About 3 weeks before IM 70.3 Rapperswil-Jona, I drove to Innsbruck for more mountain specific bike trainings in the Alps. I cycled to Schwarz/Wattens (known for the Swarovski crystal), to Telfs a few times and the Kuhtai round route (skiing area).

About a good week before the race, I drove further to Rapperswil, Switzerland, where I was able to explore a part of the bike route, run the running route and swim in the lake. And then came the weekend of Ironman 70.3 Rapperswil-Jona, but that’s for the next post 😉