Challenge accepted! I’m not competing in an Ironman race but I’m now registered for the Challenge Kaiserwinkl-Walchsee in Austria at the end of June 2021! A middle-distance triathlon (same as Ironman 70.3) in the beautiful tourist destination in the Kaiser mountains, just across the border of Germany nearby Kiefersfelden. 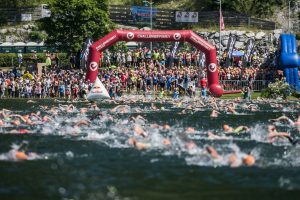 Why did I choose this race? There were several Ironman 70.3 options in Europe this summer before my re-scheduled race of Ironman 70.3 West-Friesland, the Netherlands, at the end of September 2021. In early July the races in Lahti, Finland, and Andorra were still possible, and at the beginning of August in Maastricht in NL, Gdynia in Poland, and Tallinn in Estonia so why did I register for the Challenge Walchsee? The main reason was the location (Austria)! I really enjoy riding in the mountains, the scenery, and life in Austria. Although the bike route of this race isn’t really having a lot of height meters to conquer, the route is apparently more hilly than mountain-like. Swimming in the crystal-clear lake, riding through the mountains, and running around the lake a few times. I’m really looking forward; not only to race again but also to a couple of weeks beforehand when I’m already in Austria to prepare myself and enjoy the mountains again. Walchsee is reasonably close to the city of Innsbruck where I’ve booked an apartment. 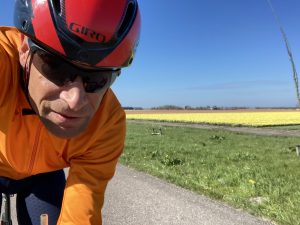 What else happened in the last couple of weeks? The weather in spring this year in north-western Europe wasn’t really fantastic! It’s been cold, windy, and raining too much. The weather was so unpredictable that the forecasts changed completely within an hour sometimes. I don’t really mind the wind that much (ok, wind force Beaufort 6 is a bit too much) but the cold rain isn’t really pleasant to conduct bike training for 4, 5, or 6 hours…

Of course, there were several beautiful days this spring as well! The flowering flower fields on the west side of the Netherlands are just fantastic to see (not when it’s raining though). Bright colors field after field and only a few tourists this year. 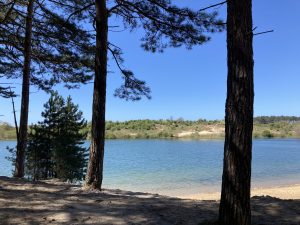 Luckily on the last day of May, the summer started!

I’ve been training a lot since I came home after work (early March); many swim training in outside heated swimming pools (indoor pools were still closed due to the virus) with lots of 50m technique-focused training, sprints, and endurance distances. And on 12 May the first open water swims in a small lake. The water temperature was just 15 degrees Celsius but surprisingly I did cope pretty well with the cold water. It wasn’t pleasant and I could only swim for about 45 minutes, but it was the first open water swim of the year and many to come 🙂 The Oosterplas is a small, reasonably shallow lake in the dunes close to the city of Haarlem where the water should ‘warm up’ the fastest. After a couple of weeks, I swam in the Geestmerambacht lake just north of the city of Alkmaar which is a lot bigger. Open water swimming is really nice (once the temperature is decent) but for technique training, the swimming pools are more ideal. 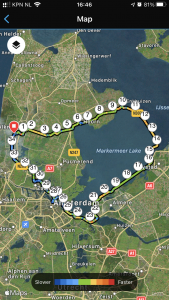 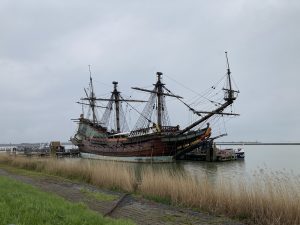 And as normal, many easy pre-breakfast runs and hard interval runs and bike training, brick (bike/run) and double brick (bike/run/bike/run) were pretty tough sometimes. The long endurance bike rides were slowly getting longer and longer (up to 6 hours continuously), cycling often through the polders in the province North Holland or through the dunes when it was too much western wind. Finally, I rode the famous bike route around the Markermeer (center of the Netherlands) going past or through the towns of Hoorn, Enkhuizen, Lelystad, Almere, Amsterdam, Zaandam. The weather that day was supposed to be pretty reasonable but unfortunately, it started to rain and be very cold halfway through the day. I’ll ride that route one day again and just hope the weather will be more favorable!

The last week (summer temperatures suddenly 25 degrees Celsius) was great, my motivation is high and I’m feeling strong. I can easily ride long distances with a pretty good average speed and low heart rate, and ride tempo rides with high speed and a lot of power. I can run fast without costing too much effort and swimming is going in the right direction (still not my strongest sport 😉 ).

It’s now 3 weeks before the first race of 2021. Austria has opened its borders for Dutch citizens as well so there is nothing that can stop me to compete… Fingers crossed nothing will change!

I’ve accepted the Challenge (Walchsee) and will give my 100% to have the best race ever! 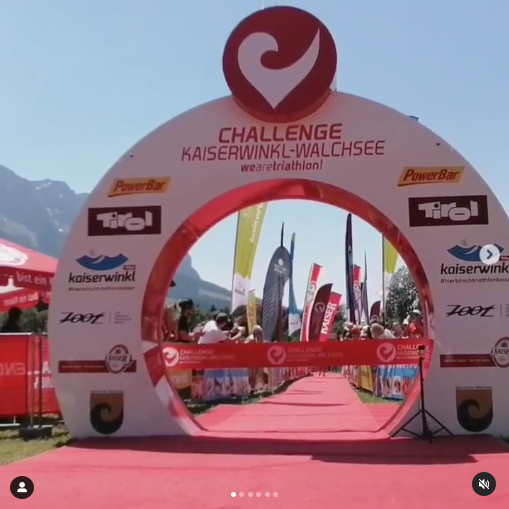